Imagine a team performed an analysis on the layout of a work area.  The team concluded that a significant amount of waste of motion and waste of transportation would be removed if the work stations in the cell are re-arranged.  With a proposed new floor layout, each of the operators would walk shorter distances as they moved among the stations.  It would make it easier for them to accomplish their work each day. The location of the new work stations would be comparable in every way to the existing workstations – tools, space, lighting, climate, proximity to the work. This sounds like a positive outcome for everyone!

We could simply attribute this response to resistance to change.  While at a high level this is true, there may be a more specific reason for their reluctance. It could be that they are exhibiting the endowment effect.

The endowment effect is a cognitive bias which was first hypothesized by economist Richard Thaler. According to Thaler’s theory, people value something more if their ownership is clearly established. In fact, people often demand much more to sell an object than they would be willing to pay to buy it. 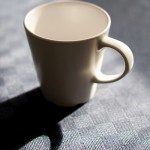 Numerous studies have been conducted to explore the endowment effect. In a classic study first conducted by Daniel Kahneman and others, people were asked to assess the value of a coffee cup which had been given to each of them. Specifically, they were asked “How much would you be willing to sell your coffee cup for?”  A second group in the study was asked how much they would be willing to pay for the same coffee cup.  But this group did not own their coffee cups – they were only shown the cup and asked to value it. The results?  The subjects who owned their coffee cups consistently valued them higher (about 2x)  than the value that was given to the same cups by the group of non-owners.  In some cases, the first group even said that they would prefer to keep their coffee cups, rather than selling them.

With this background, let’s revisit our scenario about the proposed work cell layout change.  If these operators had been working within the existing layout for an extended period of time, it is likely that they had a sense of ownership for their work space.  “I do my work right here. I own this space.”  The endowment effect suggests that these individuals will look for a significant increase in value if they are asked to move to a new location – even if it is comparable in every way!

In this light, the behavior is not irrational.  Each person is looking to offset the pain associated with the anticipated loss of their personal space.  They would rather stay where they are to avoid this loss.  Kahneman terms this “loss aversion”, which is the human tendency to strongly prefer avoiding a loss to receiving a gain – and he suggests that loss aversion is the primary reason that people exhibit the endowment effect.

So what are the implications for you as a leader?  Here are two situations that come to mind:
Change Management
Managing through personal change can be difficult.  If we appreciate the endowment effect, it gives us greater insight into why an individual’s resistance may be so strong.  When loss aversion is in play, it will take something of significantly greater value than the pain of their loss to enable change.  In other words, the classic phrase of WIIFM (What’s In It For Me?) has a whole new meaning.  The person who is being asked to change has a value in mind that is twice as great as the perceived loss that they are asked to incur.  We need to answer an individual’s WIIFM in a way that overcomes their loss aversion.  What can we tell someone about the benefits of the change that will be of sufficient value to over-compensate them for their pending loss?  To increase the likelihood of acceptance, one strategy could be to enlist an opinion leader to be the spokesperson for change.
Project Management
Have you noticed that some project leaders struggle with canceling a project, even when it is clear that this is the best decision?  Some projects that should have been completed in six months can drag on for a year or longer.  The leader uses various reasons to keep the project active.  While some are legitimate, many are just excuses to delay the inevitable.

“I just need one more piece of data…”
“As soon as we get some time to…”
“We are close to a solution, just one or two more trials…”

It could be that the project leader is reluctant to admit failure because he/she doesn’t want to experience the pain of losing.  In this case, we need to explain how the value of closing the project is greater than keeping it open indefinitely.
For more examples of the Endowment Effect, check out this article from Inside BE.

When people own (or have a strong attachment to) something, it is more difficult for them to give this up than if they do not own it.  This so-called “endowment effect” can make it more difficult for people to accept personal change or to move on to something else if they experience a loss in performance or value.  We should consider this phenomenon when trying to influence.  The perceived value of any incentives may need to be significantly higher than the value of the status quo in order to effect the desired change.