Imagine that your group or organization had just reached a milestone of achievement that was noteworthy.  Perhaps it was a new productivity target or quality performance or safety record.  The management team has decided that they should recognize everyone for their efforts and a celebration is planned.  What could possibly be the down side of that?

Unfortunately, some celebrations ring hollow – even to those who are the recipients of the accolades or recognition.  Why?  Perhaps you have heard some people gossiping in muted tones as they await the lunch that is being served to them to acknowledge their achievement.  For these employees, there is no connection between anything that they did and the outcome.

“Sure, it’s great to get a free lunch/pizza/whatever.  But I don’t really have a clue about what we did differently to get to this performance level.”

One obvious action we should take is to confirm that indeed this new level of achievement is not just a data point that is within the random noise of the measurement. We certainly have the statistical tools to make this determination.  But there is another consideration that is equally important when planning and executing a celebration…making the connection between what was done and the result.

I witnessed a leader make this connection simply and eloquently.

A maintenance team had just completed one year without a recordable injury.  (Their previous record had been just 7 months between recordable injuries).  The maintenance supervisor called the craftsmen together before their shift one morning to congratulate and recognize their efforts.  He had purchased a high quality pocket flashlight for each of them.  As he walked up to each of them in the shop, shook their hand, and handed them a flashlight, he said, 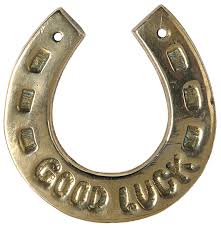 “You know what they are saying in the other parts of the factory? They think we were just lucky this past year.  Well, I want to know the answer to that question, too.  Were we just lucky?”

Each man considered this challenge silently.  Then they began to speak up.  Everyone could name something that was different from the previous year.  There were 10-second JSA’s and toolbox talks and better job planning to consider hazards, to name a few.  After they had reflected on these things , the maintenance supervisor nodded his head and agreed.  He then reminded them that those are the things that they needed to continue to do – but even more thoroughly – if they wanted to go another year without a recordable injury.

There is no doubt that these men were able to make the connection between some specific behaviors and the outcome of an injury free workplace.  They were able to do so because of the prompting by their supervisor.

Next time you are part of planning or participating in a celebration, don’t forget to ask yourself and others, “So what got us here?”  If very few people can cite specific reasons about what is different, then perhaps you were just “lucky.”

One Response to “Are we working safely? Or are we just lucky?”