Sidney Dekker, author of The Field Guide to Understanding Human Behavior, discusses a specific type of entropy that he calls “procedural drift.”  He defines it as a mismatch between procedures or rules and actual practice.  He claims that it almost always exists and that this mismatch can grow over time.  Procedural drift increases the gap between how the system was designed or intended and how it actually works.  It tends to be a slow, incremental departure from the designed or intended norm (this is depicted in the graphic below).

From this perspective, the driving practice of “3-drivers-through-the-red-light” was an example of procedural drift – where departures from the routine were the norm.  In this town, it was safer to violate the universal “red-light-means-stop” rule.  Doing otherwise would increase the chance that you would either be rear-ended (if you stopped prematurely on a red light) or broad-sided (if you accelerated too soon from a green light).

In the workplace, procedural drift (left unchecked) often results in an undesirable outcome.  A defect may be created when work standards, procedures, or rules are not followed.  In a safety context, procedural drift could result in a personal injury.  In either case, our tendency is to blame people for violating the rules when this happens.  During an incident investigation, if we conclude that there is a gap between procedures or rules and practice, Dekker challenges us to think about why this occurred.

Dekker asserts that it is often compliance (as opposed to deviance) that explains people’s behavior: compliance with norms that evolved over time. We are also reminded that the continued absence of adverse consequences confirms people’s beliefs that the behavior is safe. Think about the cars going through the intersection on a red light.  If 99% of the time there are no accidents, it must be okay to do this.  Further, if law enforcement rarely issues a ticket for this rule violation, it must be acceptable behavior.

Let’s consider the implications on establishing and maintaining work standards.  One approach would be to write the rules and procedures – and then hold people accountable when they violate these standards.  While this may be marginally effective, it is not likely to be sustainable.  Why?  If we rely solely on people complying with rules, what we get in return is minimal engagement and no desire for improvement. 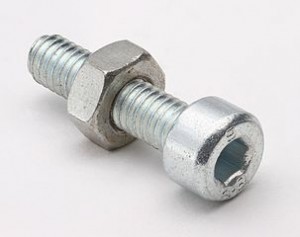 Standard work can be a good practice – if implemented on the right things and in the right way.  Getting those who do the work to agree on what the standard practices will be and co-developing these procedures goes a long way toward making them work.  The work standards need certain attributes to be successfully implemented.  The procedures should:

The Need for Culture Change

Even if work procedures or standards have these attributes, there is another component that is needed to make them sustainable and more resistant to procedural drift.  We need to recognize that because we are asking people to do work differently, there is an element of cultural change.  Depending upon the magnitude of change, a detailed implementation plan will need to take this into consideration.

For example, we may need to provide daily coaching and feedback to make sure that the procedures stick. Or perhaps establishing a peer-to-peer accountability process would be an effective method to instill the new behaviors.

So who determines what the norms are for any group?  Ultimately, it is anyone in an influencing or leadership role.  For a related discussion on influence, refer to a previous post about the role of opinion leaders.  The actions that people take are driven by the beliefs that they hold.  If we want people to take certain actions, we need to provide experiences that reinforce the desired beliefs.  We need to think about what we say and do as leaders.  For example, do we insist that everyone always follow a safety rule – except when we are behind schedule and suggest that it is okay to take a shortcut “just this one time”?  We should not be surprised when someone has a near-miss incident or is injured when they decide to violate this same rule sometime later.

Procedural drift is defined as a mismatch between procedures or rules and actual practice.  There are a number of reasons why this occurs.  Understanding these reasons allows us to design and implement work standards or procedures that are more likely to be followed and sustained.

Leadership has a central role in driving the desired culture change.  What we say and do creates experiences that generate or reinforce beliefs.  Do we want people to consistently follow procedures even when no one is watching?  Start by looking in the mirror.