“Do one thing every day that scares you.”   ―     Eleanor Roosevelt 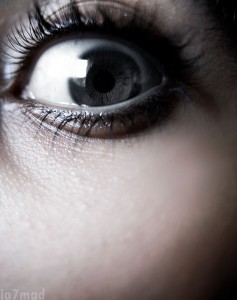 All of us have a fear of some kind.  It is only a matter of what causes our fear and to what degree we are affected.  We are acutely aware of the presence of these fears in our lives.  As leaders, we should also be mindful of potential fears as we encourage others to engage in learning, self-discovery, and continuous improvement.  The following story brought this to life for me.

I was working with a group and helping them to learn how to use a structured approach for leading a project team.  One of the elements of using this specific approach (Rapid Action) is that the team leader and all the team members take turns reading aloud a script that walks them through the process.  While unorthodox, it has proven to be a very effective method for getting everyone engaged and in using basic project management techniques.  As the three-day workshop was winding down, one of the participants came forward and wanted to speak with me privately.

Clarence was an operator who had signed up for the class with the intent of using this method to work on a problem with a small team.  I had noticed that he was not participating in the class exercises and I wanted to speak to him about this anyway.  His body language clearly indicated that he was uncomfortable.  I soon learned why Clarence was not engaged.  It was fear.  As he spoke, his words came out in halting phrases…

I assured Clarence that we would find a way to make this work for him.  Since I would be his coach, I told him that I would make sure that he could lead his team – and I would be there to support him all along the way.

“Clarence, you can do this!” I said with conviction.  (Deep inside, I was not confident at all).

He seemed somewhat reassured, but I could tell that he had serious doubts.  After he left the room, I admitted to myself that I wasn’t sure how this could work.  How could someone with a stuttering problem read large portions of an extensive script in a 4-hour meeting – and lead others to so the same?  I could not imagine facing this kind of fear.

We forged ahead with planning the kick-off meeting.  I resolved to find a way for Clarence to lead the group during this meeting.  In talking it over with Clarence, we agreed that if at any time he felt like he could not continue, I would step into the team leader role.

On the day of the meeting, Clarence and I met early and prepared the room by hanging some posters, providing team booklets and pens, etc.  Clarence was very anxious.  I reassured him that we would get through this together.  The truth is that I was equally anxious.

The team of six co-workers filtered into the room and exchanged pleasantries.  After brief introductions, it was time to start the meeting.  I sat directly across from Clarence so I could observe him.  Clarence asked the participants to open their guides.

He began to read the script. 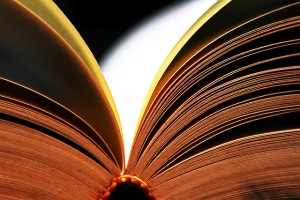 It was a painful experience.

His stuttering was in full bloom.  My heart sank as I realized that I would have to rescue him from this embarrassment.  However, as I looked around the table I noticed something totally unexpected.  Not a single person was grinning, flinching, or otherwise looking uncomfortable with what was happening.

Clarence stammered on, speaking in slow phrases that took an agonizingly long time to form into sentences.  His team mates simply looked at their guide books and waited patiently for him to read through each sentence.  Then, something slowly happened with Clarence.  His breathing slowly started to be less labored.  His short phrases became a bit longer.  His voice became slightly more steady.  And in a span of two or three minutes, he fell into a rhythm where words became connected into full sentences.  For sure, there was still hesitation and some stuttering – but Clarence gained the confidence to continue reading.

There was no applause.  In fact, there was no acknowledgement from those in the room that anything was even out of the ordinary. Nearly four hours later, the meeting was a resounding success as we wrapped up the assignments for each person.

As Clarence and I debriefed afterwards, he was smiling broadly.  “I think that … that went pretty well, ddd..don’t you?” he asked in a sincere tone.

“It was great.  You were great!” I said.  “I think you can handle the rest of the team meetings without me.”

I thought about this experience as I drove back home later that day.  I wasn’t quite sure what had happened or how it had happened, but I was grinning like Clarence at the end of his meeting.  My cell phone rang and I pulled over to the side of the road and answered the call.

“Hello,” a woman’s voice on the other end said, “Is this Mr. Galloway?”

“Good.  Well this is Clarence’s wife.  I was hoping to talk to you.  What did you do to my husband?”

My heart skipped a beat.  I didn’t know what she was intimating.  “Why, what do you mean?”

“He hasn’t stopped talking about what happened today ever since he got home.  Last night he told me about having to read in front of that small group.  He was terrified.  I could see the fear in his face.  I told him that he didn’t have to do it – but he wanted to.  And now he tells me that it was such a confidence boost for him.  No one had ever given him the opportunity to do something like this.  So I want to thank you for giving him a chance.”

It was a very pleasant drive home.  I realized that I had witnessed someone confronting a social phobia and conquering it!  It was an unexpected privilege.

(According to the Anxiety Disorders Association of America,  15 million people have a social phobia, e.g., public speaking. In this anxiety disorder, the individual has a marked and persistent fear of situations in which the individual is exposed to unfamiliar people or to possible scrutiny by others. They fear being humiliated or embarrassed. These feared social situations are avoided or else are endured with intense anxiety or distress).

There are a number of lessons that I have taken away from this humbling experience.  The primary one is that we should never presume what people are capable of doing; it may be that they just need the skills and the right opportunity.

I am under no illusion that I was the reason that Clarence was able to take the first step in overcoming his fear of speaking in front of others.  Professional therapists are better equipped to understand and help people with phobias. However, my view is that Clarence needed to believe in himself.  And he needed someone to believe in him.

I am so glad that I provided those initial words of encouragement!