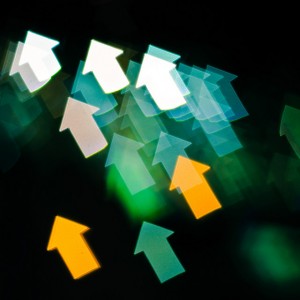 What words would describe the relationship with your manager or supervisor?  Would you use words like subservient, directed, chain-of-command, or authoritative? If so, it is unlikely that you are providing the greatest value to either your boss or the organization as a whole.  It could be that you don’t know how to effectively manage up.

In their recent book Influencing Up, David Bradford and Allan Cohen advocate that employees have greater capacity to influence their boss than they might believe.  Their contention is that powerful people need powerful direct reports.  More specifically, leaders need people who take initiative and get things done.  They also contend that leaders need direct reports who are willing to speak truth-to-power in a way that is respectful. So how can direct reports manage up more effectively?  It starts with understanding how to be more influential with their manager.

Bradford and Cohen list three ways for a direct report to gain power in the employee-boss relationship.

Research reveals that the organization suffers when there is a significant gap between the most powerful and the least powerful. In their book, the authors claim that

What does this mean?

When you have high power, you tend to overestimate your abilities and can be closed to influence. You become deaf to those around you. On the other hand, if you perceive you have very little power, you tend to shut down instead of offering alternate points of view.  You tend toward not speaking up. (A previous post discussed what could happen if no one speaks up).

Many people assume there is a significant gap between the amount of power that their boss has and the amount of power that they possess. This gives them a sense that they really cannot do much to influence the conversation or what they are asked to do. As a result, they don’t feel like they are in a position to manage up.  In reality, this power gap is not as large as they believe it to be.  One of the ways to minimize the power gap is to understand and leverage the Law of Reciprocity, described next.

2. Use the Law of Reciprocity

In a leadership context, the Law of Reciprocity contends that influence is built upon making others successful.  The theory is that if you invest yourself in making someone else successful, then they in turn will be willing to help you become successful.  Many things that a direct report wants are also in the boss’s best interest.  The key is to frame the conversation with your boss in this way. If there is a clear understanding that there is a mutual benefit to the boss and the direct report – and if these actions are linked with what the organization needs – a person can have a great deal of influence.

It took me a while to figure this out early in my career.  I was struggling with a boss whom I perceived to be very autocratic and a poor listener.  A wise mentor explained this concept to me (although he didn’t use the term “Law of Reciprocity”). He suggested that I re-frame my proposals so that the boss would clearly see the benefit to him.  Over time, I started receiving more challenging assignments, as well as the additional resources I needed to make my job easier.  Indeed, it was the classic case of my boss wanting to know WIIFM (what’s in it for me?).

3. Position yourself as a Junior Partner

The authors make the case that we need to move beyond the concept of simply being a subordinate. Instead, we need to think and act like a junior partner. Let’s look at some definitions of subordinate:

This word has all sorts of negative implications.  Many people tend to think of a subordinate as someone who is passive and relatively unimportant. On the other hand, a group that thinks of their members as “junior partners” suggests that there is a joint mission that we can rally around, while still recognizing the organizational structure. Thinking in these terms, we can be aligned with the boss’s success as well as our own.  We feel more empowered to manage up.

Some of the best relationships I enjoyed with a manager could be characterized as one in which I felt like a junior partner.  The relationship was built on mutual respect and trust.  Importantly, I could also speak candidly about anything that I did not believe was in our collective interest without fear.  As a result, I was free to try new things – as long as my purpose was to achieve our mutual goal.

What can you do as a leader to encourage your direct reports to see themselves as junior partners (and not subordinates)?  It starts with setting expectations.  Most people are capable of doing far more than we believe they can. Make it clear that you want them to be proactive and candid in their assessments.  Of course, they will only do this if you consistently reward the behavior you are seeking.  A few words of thanks at the right time will often be enough to provide a measure of courage for your direct reports to speak up.

It is also important to provide your employees with the freedom to choose how the work is done (means) to achieve the results (goal).  Micro-managers are labeled as such because they obsess on the details of how the work is completed, rather than encouraging others to figure out the best way to get the desired results.