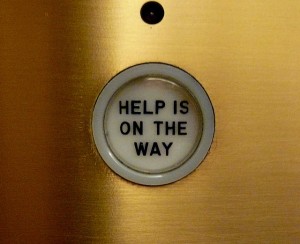 In what situation are you likely to hear someone ask this question?  Perhaps an associate in a retail clothing store would use this phrase to offer some assistance.  You could hear this phrase from a librarian while  looking for a book or reference.  Maybe you have called a customer service number to ask about a recent purchase.

However, would you expect your manager to inquire, “How can I help?”  when you walked into his or her office?  I wouldn’t.

Equally important, do you use this question as the opening for many of the discussions with your co-workers or those who report to you? Upon reflection, I only occasionally offered these words to my direct reports during the course of my career.

An Attitude Worth Fostering

Doug Conant uses this simple but powerful phrase as the basis for his leadership style.  Doug is the former CEO of Campbell Soup Company.  He is currently Founder & CEO of Conant Leadership, Chairman of Avon Products and Chairman of The Kellogg Executive Leadership Institute.

Conant summarizes this leadership principle by relating a compelling personal story about his own job loss – and how an outplacement counselor who used those words, “How can I help?” spurred him to rethink his approach to his personal life and his leadership philosophy.

He credits Neil MacKenna, his counselor, with teaching him the importance of bringing a “How can I help?” mentality to everything that he does.  MacKenna assured Doug, “You’re going to be amazed at how the world is there to help you. As long as you honor their time they will honor you as you try to move forward.”

What does it really mean to have a “How can I help” mentality?  According to Doug, it goes beyond just starting a conversation with these words.  It means being fully attentive and genuinely supportive.  It means listening intensively and not judging while the other person talks.  It means that you are investing part of yourself in terms of the time, attention, and insight that you provide to the other person.

Doug connected this helpfulness attitude to an open display of gratitude.  He estimates that he authored over 30,000 hand-written thank you notes during his tenure at Campbell’s Soup.  He claims that these many small acts of sincere thanks were repaid many times over, as many people were eager to help him in return.

(A former executive of a company that I worked for had a similar commitment to hand-written thank you notes.  In today’s world of text messages, tweets, and emails, these personal expressions of thanks are indeed rare – which makes them even more special to the recipient).

The philosophy of “How can I help?” is akin to the notion of servant leadership, which was introduced in an essay by Robert Greenleaf over 40 years ago. His work influenced a host of thought leaders, among them Ken Blanchard, Stephen Covey, Peter Senge, and M. Scott Peck.  In his essay, Greenleaf summarizes servant leadership this way.

“It begins with the natural feeling that one wants to serve, to serve first.  Then conscious choice brings one to aspire to lead.  That person is sharply different from one who is leader first, perhaps because of the need to assuage an unusual power drive or to acquire material possessions…The leader-first and the servant-first are two extreme types. Between them there are shadings and blends that are part of the infinite variety of human nature.”

I have known a few leaders who had a predilection toward serving first.  But I have rarely encountered a true servant leader as defined by Greenleaf.

However, I have a boyhood memory of a unique individual who embraced the “How can I help?” mentality.  He wasn’t a business leader, a community leader, or a church leader.  He was not employed in any of the so-called ‘helping’ professions like nursing or counseling.  He was a simple migrant worker.

When I was 15, I worked one summer for a fruit grower.  The farm had hundreds of acres of apple, cherry, peach, and pear trees.  A large migrant worker group provided the labor for harvesting the fruit.  These workers came north in the summer and early fall to pick the fruit as it ripened – then migrated to Florida to work in the citrus orchards during the winter.  It was a mixed group of African-Americans, Mexicans, and Puerto Ricans.  And there was also “Redfield”.

Redfield (I never knew whether that was his first name or last name) was a Native American.  He was not a supervisor, but had clearly gained the respect of his migrant co-workers and was an opinion leader. In retrospect, many times he assumed the role of servant leader.  A few memories of that summer support this view.

My memories of Redfield reinforce the notion that anyone can choose to develop and sustain a helpful attitude.

When you are a manager or supervisor, much of your success is dependent upon how well those who report to you are able to fulfill the responsibilities of their jobs.  In other words, their success is your success.

As leaders, maybe we should pause and consider changing the classic internal question (What’s in it for me?) to a powerful question directed toward others (How can I help?)

3 Big Things I Learned When I Got Fired