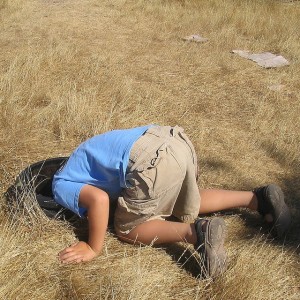 What are you curious about?  Do you have a hobby or avocation that captures your interest?  Is there an activity where you willingly devote many hours of your time without any kind of extrinsic reward or compensation?  Most of us can think of something that meets one of these criteria.

We know from experience that we find it easier to learn when the topic is something about which we have a curiosity. Avid hunters can go into great detail about their firearms, ammunition, and strategies for tracking game.  Imagine if we sent one of these hunters to a seminar to learn the latest information about these topics – and then quizzed them on what they learned.  We would be astonished at what they remembered.

Likewise, we could do the same thing with a baseball enthusiast. This person would relish the opportunity to further their understanding of the game at a convention where like-minded fans are gathered.  Their retention of new baseball-related knowledge would be equally impressive.

But what if we sent the hunter to the baseball convention and the baseball fan(atic) to an outdoor show?  We could predict that their respective recalls of any new information would be significantly less.  Why?  In this case, neither individual is intrinsically motivated to learn. (They are not excited to learn just for the sake of learning).

A recent study at UC Davis provides surprising insights into the relationship among curiosity, learning, and memory.

Here is how the study was set up.

Participants were given a series of trivia questions. The researchers asked the participants to rate their level of curiosity to learn the answers for each question. They were then presented with the trivia. After each question, there was a 14-second delay before the answer was given. During that time, the researchers flashed a picture of a neutral, unrelated face.

Once the trivia session was complete, the participants were given a surprise memory recognition test, which was based on the faces that were flashed to the participants.

The researchers found that when participants’ curiosity was piqued by wanting to know a certain trivia question, they were better at learning entirely unrelated information (in this case it was the face recognition).  This happened even though they were not curious about that neutral information. In both the immediate and the one-day-delayed memory tests, the participants showed improved memory for the unrelated material they encountered during states of high curiosity.

With the aid of MRI readings of the participants’ brains, the researchers were also able to show some surprising connections in the brain.

The investigators found that when curiosity is stimulated, there is increased activity in the reward center of the brain. Normally extrinsic motivation is thought of as recruiting the brain’s “reward circuits.” This research revealed a neural connection between intrinsic and extrinsic motivation that was previously not known.

Of course, we all would recognize that we are more apt to learn if the material is made more  interesting.  But this research would indicate that you may be able to achieve higher learning and greater memory if you can devise a strategy to attach the “less interesting” material to the content that is more interesting.  The learner will be more likely to learn the materials if they start with some amount of natural curiosity.

Henry writes, “Give yourself permission to not know things. Some people see ignorance as a point of failure, but successful people see it as acknowledgement of reality and an opportunity for growth.”

This is consistent with Carol Dweck’s research on the Growth Mindset, which I blogged about in a previous post.  It reinforces the notion that a questioning attitude and persistence in finding answers and overcoming challenges is a mindset that yields long-term positive outcomes for individuals.

On a personal level, Henry suggests that before you read a book, attend a meeting or experience something new, write down several questions you’d like answered. Also, when you don’t understand something or want more information on a topic, turn it into a question, and jot it down.

As a facilitator or presenter, you could invoke this strategy by asking the class to write three or four questions that they have before the class begins.  Then survey the class at the conclusion and ask them what was answered or unanswered.  And challenge them to find the answers for anything that cannot be addressed today!

2. Carve out time to answer those questions.

Make time for immersing yourself in the resources that ignite your curiosity – anywhere from an hour a week to an hour a day. Henry keeps a “Stimulus Queue,” a list of interesting books, movies and articles he comes across during the day and wants to revisit later during his “study time.”

Henry also suggests leaving extra time after your study session for reflection. Consider how that book, article or movie relates to your own work.

In the classroom, challenge the participants to find a way to connect what they are learning with a passion or interest that they have.  As we discussed earlier, doing so will significantly increase the likelihood that they will remember even the “uninteresting” material.

3. Dedicate a space for your curiosity.

Henry suggests finding a space “where your only job is to pursue the things that evoke your sense of wonder.” This can be anything from a separate office to a specific chair at a coffee shop to a bench at the park.

It is important that the classroom environment reflects a true learning space.  If the tables and chairs are conventionally arranged and there is nothing in the room that hints of “this is different”, curiosity (and by inference creativity) will not thrive.

Consider if you’re putting artificial limits on the project by making assumptions. Challenge those assumptions.

A specific method to enable this thought process was described in an earlier post on challenging the status quo.  This is a proven method for helping people break out of their existing paradigms.

Curiosity is linked to learning and memory.  By providing an environment where we are naturally curious, we can become more effective learners.  Several strategies can be employed to evoke curiosity either in a group or on a personal level.