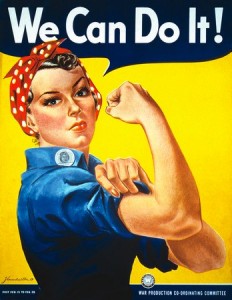 Do you consider yourself an optimist, a realist, or a pessimist?  Many experts have opined on this topic as it relates to leadership.

Dr. Martin Seligman, a prominent researcher in the field of optimism, claims that optimism or pessimism lies in the way you explain the events that happen to you. Our thoughts can cause us to assess events inaccurately.  They can also cause us to jump to erroneous conclusions.

Strong leaders are seldom characterized as pessimistic. By definition, if someone in a leadership role sees mostly negative outcome, it will be nearly impossible to rally the masses to meet a difficult challenge.

On the other hand, it is uncommon for dynamic leaders to see themselves as pure optimists.  Someone with this view could be seen as a Pollyanna – a person who doesn’t have a grip on reality and believes that everything will eventually work out, regardless of evidence to the contrary.

Rather, the consensus view is that the most effective leaders are those who lean toward optimism.

Before we discuss this further, let’s define some terms.

Unrealistic optimism can be defined as believing that you are more likely to experience pleasant events than is actually the case.  It also means that you are less likely than others to experience negative events. This viewpoint can keep you from being able to change direction when you are unable to see the trouble that lies ahead.

Pessimism is the tendency to believe that bad situations are the fault of the individual, will always happen, and will affect everything in the person’s life. On the other hand, pessimists often think that good situations are not caused by anything they have done, are a fluke and will not be repeated.

Optimism and pessimism operate on a continuum, of which the midpoint is realism. Realists explain events just as they are.  You could further characterize those who have a realism view. Realistic Optimists are cautiously hopeful of favorable outcomes, but they do as much as they can to obtain the desired results. A number of authors have concluded that the most effective leaders can be considered as Realistic Optimists.

Carmine Gallo, writing in Forbes.com, lists a number of reasons why Optimists make better leaders.  An excerpt is provided below.

Optimists rally people to a better future. Ronald Reagan had his share of skeptics, but his speeches brought out the best in people. They wanted to live in the world he painted with his words. Another optimist—Winston Churchill—also faced skeptics. In Churchill’s case, nearly the entire British population was skeptical about going to war with Nazi Germany. Churchill single-handedly turned around public opinion in World War II with a series of optimistic speeches, painting a picture of how Britain could turn back the Nazi tide washing over Europe. In a matter of weeks, the British attitude shifted from one of appeasement to one of certainty that they could fight and win. Members of Churchill’s wartime Cabinet said his words and attitude made people feel braver in his presence.

Optimists see the big picture. We all need optimists in our lives to fight the recency effect. The recency effect is a psychological term that simply means the most recent experiences we go through are the ones we are likely to remember and we assume those experiences will continue into the future. It’s the primary reason investors pull their money out of stocks when the market goes down and put their money in when the market is nearing a high. As any astute investor will tell you, that’s exactly the wrong way to invest in the market.

The following example is offered in the Wikipedia definition of the recency effect: “if a driver sees an equal total number of red cars as blue cars during a long journey, but there happens to be a glut of red cars at the end of the journey, he or she is likely to conclude that there were more red cars than blue cars throughout the drive.” We need leaders who are immune to the recency effect and who see the big picture, reminding us of the long-term. No recession is ever as bad as it seems in the moment. If you’re surrounded by pessimists you’re likely to assume that nothing will get better—the economy or your personal situation.

Gallo also cites Colin Powell as a realistic optimist.  This quote from Powell is a great example of how an effective leader uses logic to balance optimism:

“Maybe it can’t be done, but always start out believing it can be done until facts and analysis pile up against it. Don’t surround yourself by skeptics, but don’t shut out skeptics who give you solid counterviews.”

In their classic book The Oz Principle, Connors, Smith, and Hickman make a compelling case that the first step in taking accountability is to acknowledge that you are “below the line”.  Those who get caught up in the so-called victim cycle of negativity (and pessimism) are doomed to remain there.  On the contrary, anyone who recognizes their situation and works to move above the line has the opportunity to move to a better place.  The authors submit that one of the key questions that individuals need to ask themselves and each other is “What else can we do?”  Clearly, the suggestion is that we have the power (with effort) to change our view from pessimism to realistic optimism.

Peter Stark lists nine ways that you can become a more positive (and more effective) leader:

Strike the right balance by being a realistic optimist when providing a vision and facing a challenge.  Take personal responsibility for moving and staying above the line.  Consider strategies that support this outlook in your attitude and interactions with others.

In order to make these personal changes, seek out a trusted confidant who will hold you accountable when you are not exhibiting or role modeling these behaviors.

Learned Optimism: How to Change Your Mind and Your Life.  Martin Seligman.  Pocket Books.  New York. 1998.