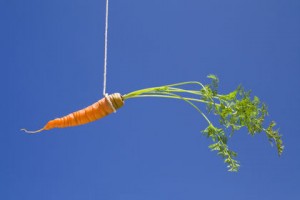 Many people assume that all leaders have the ability to influence others by virtue of their position. This is not always true.

You can be in a leadership role, yet lack influencing skills. Conversely, you can greatly influence others without being a formal leader.

VitalSmarts includes information on their website that outlines the top reasons why leaders lack influence. This post will recap the main points for each of these five reasons.  I will add my own thoughts to those of the authors.

(Note: These concepts are based on the best-selling book Influencer. I have found the model that the authors propose around the six sources of influence to be practical – as well as easy to understand and apply).

1. Leaders think it’s not their job.

Most leaders spend very little time consciously influencing others. They believe that their primary job is to come up with big ideas and then to implement them.

The key thought here is having a conscious effort to influence others.  Whether they intend to do it or not, the actions of those in leadership positions have the potential to influence others.  What rarely happens is for the leader to develop a strategic action plan for how to influence their employees on the vital behaviors that they desire. The assumption by many leaders is that if we give people a direction and the resources they need, then good things will happen.

I used to work for a manager who clearly had this mindset.  He became frustrated when much of his organization repeatedly performed work in ways that were counter to his preferred approach.  Yet, he never asked himself how he might influence some of the employees so that they would become more aligned and working on the right things.

Simply put, they don’t know what to do to influence behavior.

A leader could have had numerous promotions or career moves, but never developed any influencing skills. Without a model to rely upon, the leader is left to his/her experience and personal knowledge about how to influence others.  As a result, sometimes they are effective in their efforts, while other times they are not.  And they are not able to discern between their successes and their failures.

I had a painful experience in one of my early supervisory roles.  I was frustrated because there were a few people in my group who never seemed to be fully engaged.  I couldn’t figure out how to influence them to perform certain work in a prescribed way.  With the benefit of hindsight, I realize that I was simply ignorant about the key influencers. If I had properly leveraged key sources of influence as part of my action plan, I am confident that the outcome would have been different.

Too often, leaders believe that the power of their words is enough to incite others to action.  If they can craft the right message and deliver it with the right tone to enough people, they expect change to happen.  But verbal persuasion is one of the weakest forms of influence – and one that is unlikely to create sustainable behavior change.

Have you ever significantly changed a behavior or taken action based on a motivational speaker’s message?  Perhaps you have.  The key follow-up question is this:  Are you still doing these things today?  Probably not.  By definition, our motivation wanes over time.  It needs to be coupled with a deliberate set of changes designed to make the desired behavior easier to do.  An earlier post summarizes how the Fogg Model incorporates motivation, ability, and a trigger to encourage a behavior.

Everyone would like to do just one thing that would influence others in the desired direction.  The problem is that there is no such thing as a “silver bullet”. So, when we develop an action plan for affecting change, it is often a single item or a very short list.  Yet, experience teaches us that when we rely on just one source of influence, we are disappointed with the outcome.  The authors submit that we should perform a thorough assessment of the current situation and develop a multi-faceted approach that includes up to six sources of influence in our change plan.

My own experience with large-scale change supports the notion that the action plan needs to be far more comprehensive than what we usually put together.  The larger the change and the more people who will be affected, the more sources of influence will be needed to be successful.

5. Leaders try to influence everyone.

Leaders need to influence only two key groups: Their chain of command and “Opinion Leaders”.

“Sheep Dipping” is the practice of running sheep single-file through a trough filled with insecticide and fungicide, with the purpose of protecting the flock from infestation.  Used in a change management context, this same term can be been used as a metaphor for any mass training or instruction where the goal is to immerse 100% of the population.  Organizations who employ “sheep dipping” as the primary means to make change happen are rarely successful in their effort.

On the contrary, if a leader is able to influence (1) key senior leaders and (2) opinion leaders, she can solicit their help in aligning the remainder of the organization.  This is not to say that other groups should be excluded from any broader communication about the change effort.  Rather, it means that you need to focus your efforts and influence these two critical groups first.  By gaining their commitment to your cause, you dramatically increase the likelihood of success.

Many efforts to change behaviors fail because leaders rely almost entirely upon their positional authority and/or mass communication to persuade others.  A strategic, multi-faceted plan of influencing is much more likely to produce sustainable change.  The challenge is to invest the time in developing this plan and to focus the initial change effort on opinion leaders.

2 Responses to “Why do some leaders lack influence?”