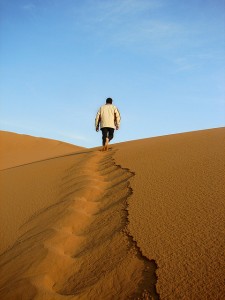 What is your reason for either aspiring to be a leader or wanting to be more effective as a leader?

Perhaps you are motivated by the potential rewards (compensation and recognition) that come from additional responsibility. You may decide that developing stronger leadership skills is part of an overall professional development plan.

Alternatively, you may believe that a leadership role is part of a central purpose in your life.  It may be important to you as part of a personal identity.  You may be driven by a sense of obligation to serve others in some leadership capacity.

In a recent article published in the Proceedings of the National Academy of Sciences, the authors tested the hypothesis that potential leaders with a combination of motives were the most committed and highest performing.  Their findings were somewhat surprising.

The study tracked more than 10,000 Army leaders from their entrance into West Point, through graduation, and well into their careers. This number of study participants represents approximately 20% of the living graduates of West Point. The authors examined the motivations of the cadets in deciding to attend the Academy. They also looked at each cadet’s performance, as well as their potential as leaders in the years following their graduation.

Consistent with many previous studies on motivation, the results showed that those with internal, intrinsic motives performed better than those with external, extrinsic reasons for seeking a leadership position. However, a deeper analysis revealed an unexpected finding.

Those with both internal and external rationales proved to be worse investments as leaders than those with fewer, but predominantly internal, motivations. Adding external motives didn’t make leaders perform better — additional motivations reduced the selection to top leadership by more than 20%.

Tom Kolditz, one of the authors of the study, states the implication to business leaders in this way:

If those we seek to develop as leaders adopt external justifications for leading well — such as an increase in shareholder value, better pay or perquisites, or increased profits — they are likely to be less successful as leaders in comparison to those who seek to lead for more internal, intrinsic reasons alone.

Kolditz concludes that those who lead primarily from values-based motivations, which are inherently internal, outperform those who lead with additional extrinsic rewards.

Simon Sinek supports this view in his classic book, Start With Why.  He provides convincing anecdotal evidence that leaders who have a strong idea of why they do things are more successful than those who lack an internal purpose.  The most effective leaders are almost exclusively driven by a strong sense of internal beliefs.  For these leaders, any recognition or rewards (external motivators) are simply outcomes of fulfilling an internal purpose.

Sinek shares a wonderful analogy that he calls the “Celery Test”.  As an illustration, he supposes that you can make a determination of a person’s “Why” by seeing what they purchase.  If you see celery, rice milk, granola, organic fruits, etc. in their cart, you can conclude that their purpose for shopping is to support a healthy eating lifestyle.  If you see a basket full of processed and sugary foods, you reach a different conclusion (or at least it is unclear of this shopper’s “Why”).

Stated directly, a person’s actions support their motivations.  If you observe someone with behaviors that are clearly intended to advance their personal position, it is likely that they are justifying these actions to obtain an external reward.  On the other hand, an internally motivated leader’s actions will align with and be driven by their personal belief system.

So how do you know when someone is primarily leading from an internally motivated purpose?  One way would be to assess the quantity and quality of  relationships that the leader has with those in his/her organization.

Vineet Nayar, author of Employees First, Customers Second, suggests that effective leaders create circles of influence, while those who are driven by external motivators create circles of power.  A simple way to determine whether you are leading (influencing) versus managing (directing) is to count the number of people outside your reporting hierarchy who are coming to you for advice.

If you have a large constituency that seeks you out, you are likely perceived as an opinion leader.