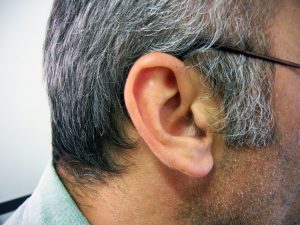 “Make it quick,” Harry said in an irritated tone.  “I’ve got a meeting and I am already late.”

Rob took a deep breath.  “Yesterday I had some minor surgery on a toe.  The doc said I can walk on it just fine and I have permission to work.  But I can’t wear my regular steel-toed shoes because they rub against my sore toe.  So, I called the safety office. They told me to come down and get fitted for some temporary toe caps that I can wear over my regular shoes.  That way I can have the proper protection until my surgery heals in a few days.  That’s where I was headed when you stopped me.”

Harry felt his face flush. “Oh….” he said.  “Well…well let me know how you make out at the safety office.  Thanks.  I gotta go.”

Rob shook his head as they parted ways.  “I guess that’s what my wife must feel like when she accuses me of not really listening,” he muttered.

Listening is a skill

Most of us think we know what listening means.  But true active listening is hard work.  It requires a lot more effort than we may imagine.  Yet, this skill is crucial to enable effective communication.

Here are some actions you can take to be a more active listener:

In our story, we learned that Harry was distracted when he approached Rob about his footwear.  Harry proclaimed as much when he said that he was already late for a meeting.  While Harry had every right to question Rob about his choice of work shoes, the conversation was destined to not turn out well.  Harry had an internal clock in his head that dictated how much time he was going to spend talking to Rob.  And it wasn’t much.  As a result, Harry allocated 90% of this time to ‘telling’ and almost none to listening.

It isn’t always possible to remove all distractions.  But make every attempt to do so, especially when providing performance feedback or when soliciting viewpoints from others.  It’s hard for anyone to think you are caring or sincere if they know you are really not “in the moment”.

Body language often tells us more than the words that are being said.  I may tell you that I agree with your decision, but if I do this while rolling my eyes, I’m really communicating dissatisfaction, skepticism, or worse.  Be wary of a manager who tells you that, “I really want to hear about any suggestions or ideas for improvements,” if they are telling you this while standing stiffly and crossing their arms.

If someone’s body language contradicts his verbal statements, take time to probe a little deeper to determine their true sentiment.

One technique that can be effective in assuring that we have received what was being communicated is to ask a number of questions after providing a summation of what we heard.  For example, we can ask,

The Power of Silence

Here is an additional technique that is very difficult for most of us to implement.  When you sense that someone wants to share more, but they are reticent to do so – simply stay silent. By waiting for 15 or 20 seconds, you provide the opportunity for the other person to continue. The natural tendency for most of us is to “fill the void” of silence.  This short interval will feel like an eternity, but it could also lead to a richer conversation that gets to the crux of the issue.

Simply look the other person in the eye, read their body language, and invite them (via your silence) to “Tell me more…”

Active listening is hard work.  But the payoff comes in more effective two-way communication.  By removing distractions, reading body language, providing focused feedback, and leveraging silence effectively, we are more likely to have agreement between what someone says and what we hear and understand.